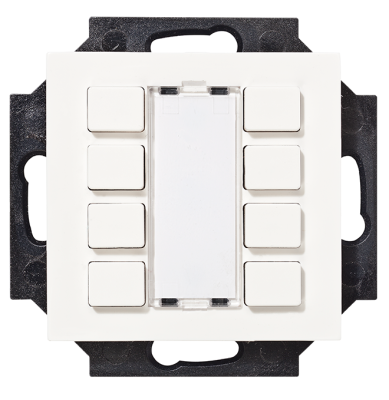 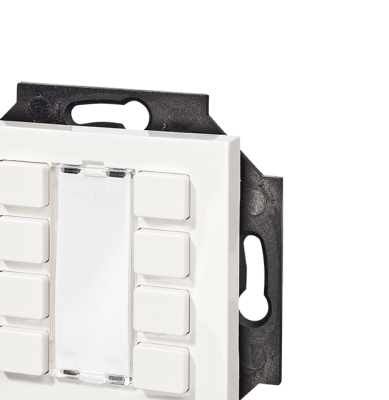 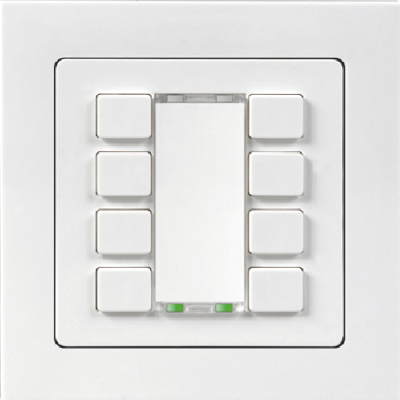 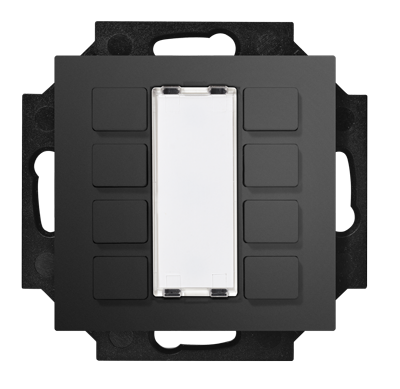 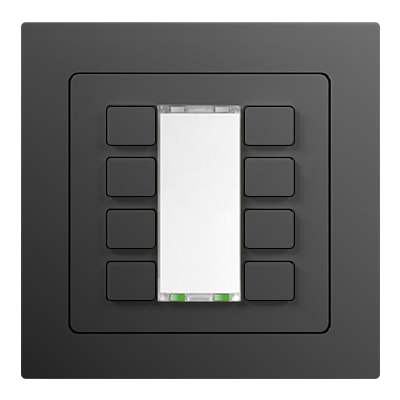 Piazza 8 is the basic device for typical KNX operating functions such as switching or dimming without status feedback. The labeling field can be used for the description of the button function and has 2 orientation RGB LEDs at the top and bottom.

The two RGB LEDs in the labeling field (top and bottom) can be freely parameterized and can also be used for orientation when permanently switched on. The RGB LEDs at the top and bottom can each be controlled with the colors yellow, red, green, blue, violet and turquoise as follows. If the RGB LEDs are parameterized as alarms, up to three alarm objects can control the LEDs as follows: Behavior on alarm - all LEDs flash, all orientation LEDs flash, only the top or bottom LEDs flash. The LED color in case of alarm can be defined via a second ETS parameter.

Connection
IPAS operating panels consist of one unit and are supplied exclusively from the bus voltage. An additional supply voltage is not required.

Logic blocks can now be directly connected to each other.
New logic blocks "Split" and "Merge".